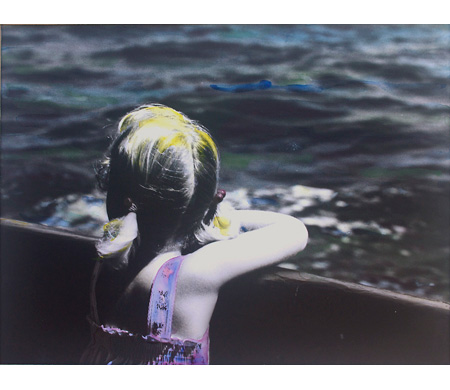 Landscapes and People on the Edges of Landscapes, 1979

I don't feel that my camera is an instrument through which I "shoot".

It seems to me that whatever I am photographing moves towards me, and that in that instant a new physical and psychic construct is born which is not the reality photographed and should not be taken as such. That would be like calling a river the sea, or a remark about the sea, the sea itself.

One thing I particularly like about photographs is their detail. Colour photography, except for the use of Instamatics, has to my mind developed a tradition of peculiarly static images. I like hand-colouring because of its painterly quality, and its ability to render spiritedness and fluidity.

The photograph "Not Dead Yet", while no different from many others in formal terms, is the only photograph I would not like the show to go on without.

The modus operandi of Western Civilization has been the conquest of nature. Until we work with rather than against the forces of nature there will be no deep-seated political or social change. I do not believe this to be a simplistic statement.